Kiwi Ryan Fox will feature in some of golf’s richest events and Zach Murray will play on the European Tour in 2020 after the pair finished 1-2 on the 2019 PGA Tour of Australasia Order of Merit.

Fox completed the Australian PGA Championship at RACV Royal Pines Resort with a third consecutive round of even-par 72 to finish the tournament in a tie for 27th, enough to advance his earnings for the year past $307,000, more than $75,000 clear of Murray. 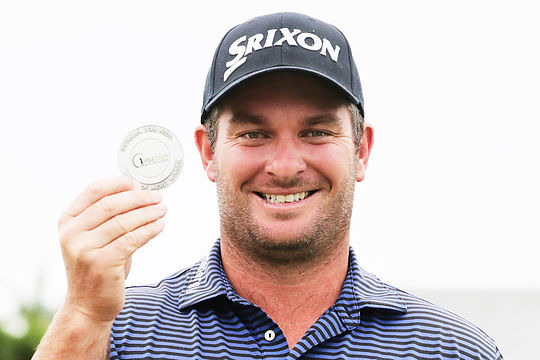 Given his win at the ISPS HANDA World Super 6 Perth tournament in February and finish on the 2019 Race to Dubai, Fox is already an exempt member on the European Tour for 2020, the Category 16 membership dropping down to Murray as the next eligible player not otherwise exempt.

Fox will receive entry into the WGC-Mexico Championship, The Open Championship and the WGC-HSBC Champions event in China for winning the Order of Merit but Murray is equally as excited by earning direct entry into Europe.

A British Amateur quarter-finalist in 2017, Murray won the New Zealand Open in March in just his seventh start as a professional and admitted the opportunity to play in Europe was weighing on his mind on Sunday morning.

“Basically all year I’ve been thinking about this moment,” Murray said. “I grew up watching the European Tour on TV at home.”

“I’m a big golf fan, I watch a lot of golf. At events, I still whip out the laptop and watch it at nighttime and stuff.”

“It’s been a huge goal of mine for a long time, so fortunate to be in the position I’m in with the Order of Merit.”

“I haven’t really been playing that great lately and I battled around the first couple days and made it through the weekend and then got off to a bad start yesterday.”

“I was 4-over through six, and obviously to shoot 2-under on the back nine yesterday and 3-under today was pretty good.”