He’s renowned for being golf’s funnyman, yet life has often been a lot more serious for leading golf analyst David Feherty.

And losing his son Shey, who died of an overdose in 2017, on his 29th birthday, has left scars that Feherty may never heal. 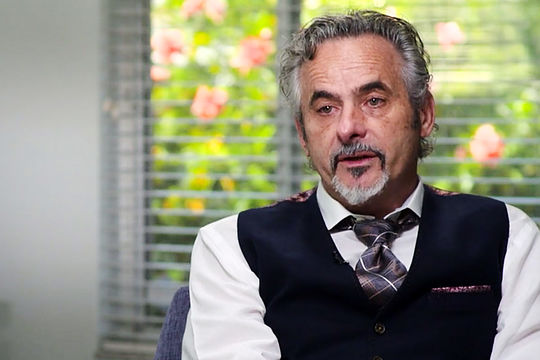 After 10 years of being ‘on the wagon’, Feherty said the shock loss caused him to turn back to alcohol.

In a revealing interview with HBO’s Bryant Gumbel, the former professional came clean on his own mental battles.

“I was at a friend’s ranch,” Feherty told Gumbel.

“I had gone up there to be by myself, and I thought, ‘You know what, I’ve been sober for 10 years. I’m tired of it. I’m tired of being sober. I want to feel better’.

“I convinced myself that it would make me feel better. Before I knew it, it had me under control.”

Feherty, who is one of NBC’s most popular analysts and also hosts his own golf show, Feherty, each week on the Golf Channel and also performs some stand-up comedy, told Gumbel that he thought of his son every day, and that he still felt guilty.

“I apologise to him every day,” Feherty said.

Feherty is sober, again but has always been open about his alcohol addiction – and has talked about how the loss of his son affected him.

“He was lost in so many ways,” Feherty said in an interview in the US last year.

“[It] reminded me a lot of me, which is just one of the reasons I can’t help but feel devastated and guilty about what happened to him.”