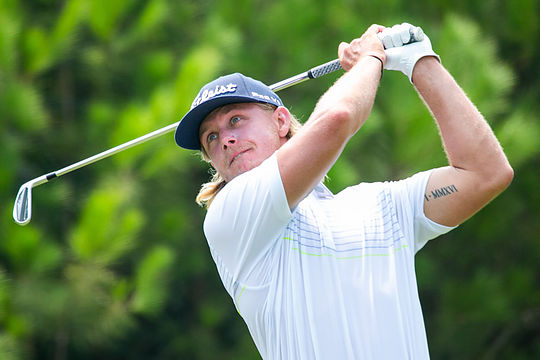 The outgoing members will continue to receive non-financial support from Golf Australia as they chase success across the world’s golf tours.

Leading the way for the women is Stephanie Kyriacou, who recently steamrolled the field at the Bonville Classic by eight strokes to secure her victory and a potentially life-changing Ladies European Tour card.

“We all witnessed the magnificent win by Steph Kyriacou as an amateur against a full field of Ladies European Tour stars at Bonville last month, then watched as she turned professional and took the card on offer,” said Golf Australia’s high performance general manager Brad James.

“So she’s one type of example of what the GA Rookie Squad can do – help her as she takes the sudden transition into becoming a touring professional.”

“We’re also happy that Becky Kay, who turned pro last year, has made the squad. We’re thrilled she has also joined her fellow Queenslanders Robyn Choi and Karis Davidson among our female rookies.”

Kay plays out of the Symetra Tour in the US after qualifying via LPGA Q-School in late 2019. The Queenslander won the Riversdale Cup in 2018 along with back-to-back Rene Erichsen Salver (SA Amateur) titles in 2017 and 2018 amongst many other top-10′s.

On the men’s side, the nod went to Blake Windred and former PGA Tour Series China star player, Maverick Antcliff.

“Blake Windred had a magnificent 2019 as an amateur and so nearly won the Asia Pacific Amateur Championship before he turned professional,” James said.

“Then there’s Maverick Antcliff who, by anyone’s measure, had the most superb year in earning his way on to the European Tour by winning three times in China and taking that tour’s order of merit crown.”

“Mav went to college in the United States and has been grinding hard around the world to get to this point in his career, so it highlights the different pathways available to become a GA rookie.”

Antcliff, who hails from Beaudesert in Queensland, has gotten off to a solid start in his European Tour career, making cuts at the Australian PGA, South African Open, Saudi International and Oman Open.