There will be a glaring absence at the US PGA Tour’s FedExCup playoffs when they begin this week at the Ridgewood Country Club in Paramus, New Jersey.

Spanish star Sergio Garcia missed out in his last minute bid to secure a spot in the playoffs when he failed to cash in on his opportunities at last weekend’s Wyndham Championship, finishing in a disappointing tie for 24th behind Brandt Snedeker. 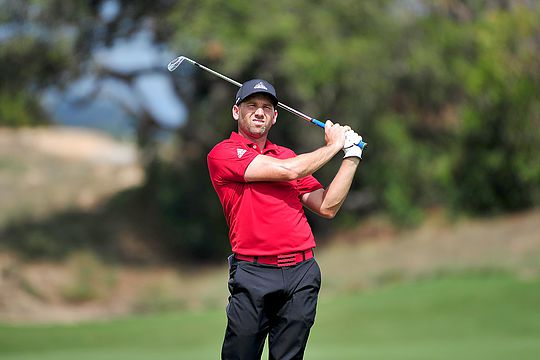 That left Garcia in only 128th spot in the race for the playoffs after the final regular-season event.

And as everyone knows, only the top 125 get a crack at the first week of the FedEx playoffs.

It’s the first time in the 12 years that the FedEx Cup has been running that Garcia has failed to secure his spot in the final field.

The 2017 Masters champion has been in something of a slump by his own lofty standards and missed the cut in all four of this year’s major championships.

But he never gave up and entered the Wyndham Championship in 131st spot in the season-long points race.

He did make a brief run at the leaders and at one stage was projected to reach No 122 as he headed into the final round.

Yet all the Spaniard could manage was an even-par round of 70 with three bogeys on the back nine which saw him plummet from eighth to 14th.

While Garcia can still play on the US PGA Tour through his five-year exemption for winning the Masters, he joins a host of other big names who bombed out of the FedEx race.

Luke Donald and Bill Haas had also played every one of the previous FedEx playoffs…but both will be absent this year, although Donald had excuses as he has missed most of the season through injury.