Mates come first – and Spanish professional Sergio Garcia called on a few favourites, including our latest major champion, just hours after the final putt had dropped at the British Open at Royal Troon.

In what must rank as one of the best charity golf days ever organised, about 18 of the world’s best players converged on the Golf Club Bad Ragaz in Switzerland for some fun and games – and to raise some money for the Sergio Garcia Foundation. 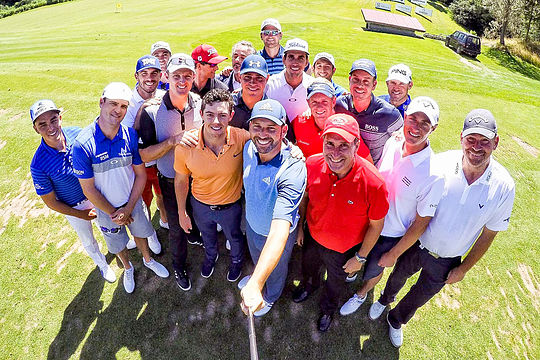 Despite winning the 145th Open Championship, Henrik Stenson honoured a commitment he made to Garcia to help out and made a quick dash over from Scotland to join the string of superstar golfers there to contribute.

Incredibly, there were six of the top 11 in the world rankings at the charity event – Rory McIlroy (four), Stenson (five), Rickie Fowler (seven), Adam Scott (eight), Garcia (10) and Justin Rose (11).

The pro-am event, christened Sergio And Friends, helped to raise awareness of as well as $1m for the host’s charitable organisation – The Sergio Garcia Foundation – as well as local charity, the Children’s Cancer Foundation in Switzerland.

Garcia’s foundation was established in 2002 with the aims of promoting social inclusion, through the game of golf, for both economically deprived and disabled children.