Glover had a bad day on the course – and off

Former US Open champion Lucas Glover got a lot more than he bargained for when he missed the second cut at the recent Players Championship in Florida.

Glover was allegedly berated by his wife Krista when he arrived home. 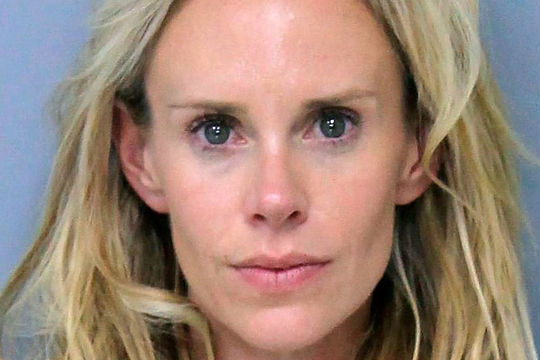 Yet it was Krista that dialled 911 and claimed she had been attacked by her mother-in-law.

When asked how she was attacked Krista hung up.

That led to deputies calling them back and it was Glover himself who answered the phone.

“Yeah, hi, I think we got our lines crossed here. This is the husband, the sane one of the bunch,” Glover explained in a calm voice.

“My wife has called you…now she’s trying to blame it on my mother, which is not the case at all. My wife has gone crazy.”

Glover later told deputies that his wife had been drinking.

She was arrested and charged with domestic battery and resisting arrest “without violence”.

Now she has been told not to make any contact with her husband or be within 500 feet of the couple’s South Florida home.

Lucas Glover told the 911 operator that there was no need for a rescue squad to come to the rental house where they were staying.

And when asked if the operator could speak with Krista he responded: “No, you cannot. She’s in the house with my daughter. And when deputies get here, they need to talk to the male – that would be me – because these other two are out of their heads at the moment.”

Glover also told the 911 operator: “Well, [Krista is] going to lie to you. That’s what I’m telling you. That’s why I answered the phone. She’s telling lies.”

According to the arrest report, both Lucas Glover and his mother had injuries.

Glover said his wife began the altercation when he was on the back porch and then began attacking his mother when she tried to intervene.

A pre-trial hearing for Krista Glover has been set for June 22. She has pleaded not guilty to both charges.