There is no doubt there is a more even spread of Australia’s golfing talent around Australia these days.

That became more obvious when youngsters from three different states were last week added to Golf Australia’s national squad and, surprisingly, none were from New South Wales. 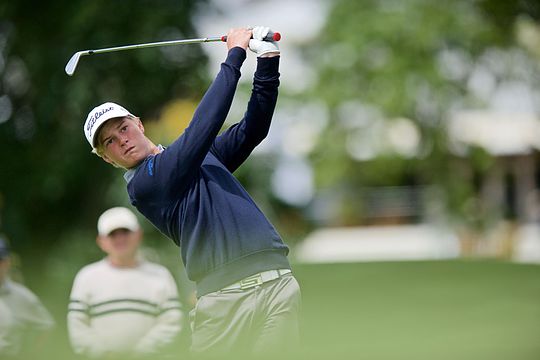 Golf Australia’s high performance director Brad James said the trio’s selection would enable them to have access to more international tournaments, along with increased resources and expertise to help them take the next step.

“All the national coaches agree that Louis, Min Woo and Cam have not only started to put some great results on the board, but that they each have demonstrated great development processes and the drive to push harder again,” James said.

“By earning berths in the national squad, we reward them, but also encourage them to take advantage of all the teams and programs they now have at their disposal.”

Dobbelaar, mentored by Cameron Smith’s coach Grant Field, is just 14 yet has already shown signs of a terrific future.

The Brookwater and Royal Queensland member was runner-up in the San Diego Junior Masters and US Kids World Golf Championship in 2014 when aged 12.

He won the Queensland Junior title last month and represented Australia at the Asia Pacific Confederation Junior Championship in Taiwan in August, finishing 11th in the teams’ event against competitors up to five years his senior.

Lee, 17, has also made great progress in the past year.

Coached by Ritchie Smith, the same man who had guided his sister Minjee Lee on to the LPGA Tour, Lee won the recent Aaron Baddeley Junior International Championship in San Diego, sealing his entry to this year’s Emirates Australian Open at Royal Sydney.

He fired a course-record 64 against the pros to lead after the first round off the WA PGA in Kalgoorlie in October, then backed up at his home Royal Fremantle course a week later with a T10 finish in the WA Open after being in contention with five holes to play.

John, 16, is coached by Tim Wendell and is part of the Rowville Secondary College high performance program.

He won the Victorian Junior Masters to start a 2015 campaign that featured success around the world and back.

He was second alongside fellow national squad member Becky Kay in the Asia Pacific Confederation Junior Championship teams’ event in Taiwan in August.