You could say Natalie Sheary is living the dream. The problem is, it costs plenty – and hurdles just keep cropping up in front of the Symetra Tour player in the US that have forced her to seek help ‘on-line’.

Thanks to GoFundMe.com, Sheary got some help from one supporter with a one-time $3000 donation to help her continue to chase that dream. 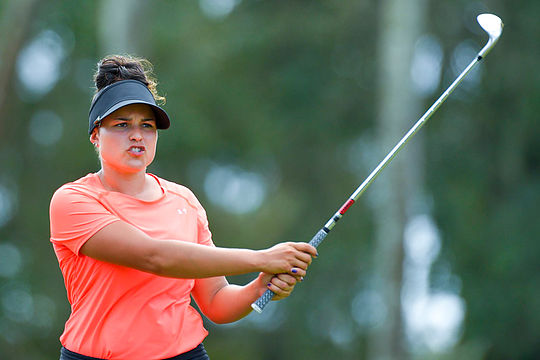 Sheary is just one of many in professional golf who needed help to keep her going and she assumes that one of her over 2,0000 followers on Twitter saw her need to assistance and decided to help her out.

While she has been the most accurate driver on the Symetra Tour, the Connecticut pro earned just $43,905 in 2016 while finishing 18th on the money list of this secondary US women’s Tour.

Sheary brought her lunchbox to the course each day this year and put down a towel by the putting green where she dined before swinging back into action.

Sheary did have one victory, with her father acting as caddy but all that has done is make the 27-year-old a little hungrier to chase that dream.

“I couldn’t imagine myself doing anything different,” said Sheary.

While GoFundMe takes 10 percent of donations, some see her page and choose to donate directly.

“I feel like I’ve had to put pride aside,” said Sheary, who is working hard in preparation for the final stage of LPGA qualifying which begins November 30 in Daytona Beach, Florida.

Sheary has tried LPGA Q-School five times in the past without ever gaining full status, and she has played six full seasons on the Symetra Tour.

There have been injuries, lack of funds and at times even the cost of petrol can be a hurdle just to get to the next event.

But the dream lives on. Her game has been labeled by former British Open champion Karen Stupples as definitely good enough to compete; Stupples has even caddied for her in the past.

And thanks to GoFundMe.com there is still hope.