In my early days starting out reporting on the European Tour there was one golfer who stood out as one of the characters of the game – Gordon Brand Jnr.

It was only last fortnight ‘Brandy’, as he most-affectionately known, and myself were again taking the mickey out of each other at the Open Championship at Royal Portrush. 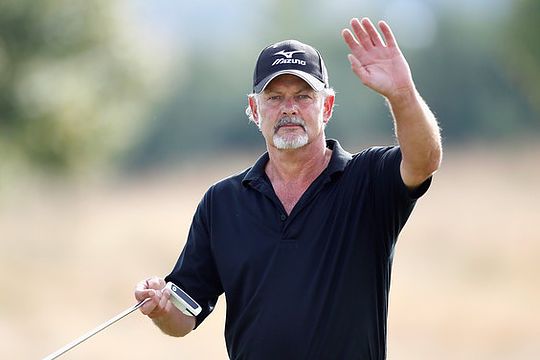 It is why it has come as a huge shock to learn ‘Brandy’ has passed away just 19 days shy of his 61st birthday.

The Scottish-born golfer was due to tee-up at this week’s Staysure Tour Senior PGA Championship at the London Club in Kent.

In fact, it was the Staysure Tour that tweeted the very sad news:

“We are deeply saddened to learn of the passing of Gordon Brand Jnr. Our deepest sympathies are with his family at this time.”

I was on hand to report of two of those eight main European Tour wins – the 1989 Benson & Hedges Open and the 1993 GA European Open.

Brandy also played in two Ryder Cup’s making his debut in 1987 at Muirfield Village, where he helped Europe record a first win on American soil and then in 1989 he was in Tony Jacklin side that retained the trophy in a 14-14 draw at The Belfry.

“Heart broken to hear of the passing of Gordon Brand Jnr one of my dearest friends for over 40 years, I will miss you RIP,” wrote winning Ryder Cup captain Sam Torrance on Twitter.

European Tour player Richie Ramsay also paid tribute to Brand Jnr, writing: “Sorry to hear this. Followed him when I was a youngster around the @dunhilllinks. Always a name I would watch out for.”

Former US Open champion Justin Rose wrote on Twitter: “So sad…I remember watching him play as a kid for the first time at the @BMWPGA and getting his signed golf ball on the 18th hole. #RIPGBjnr”

David Garland, the European Tour’s Director of Tour Operations, said: “Gordon’s sense of humour was legendary. On more than one occasion you’d be trying to give a ruling and while you’d be concentrating on the information coming through your earpiece, he’d be telling you a joke or a funny story in your other ear. There is no question he’ll be sadly missed.”