Goss turns pro with an eye on the PGA Tour

Oliver Goss has turned professional and is aiming to earn a US PGA tour card over the next few months on the back of sponsors invites.

Fresh off his second major appearance a fortnight ago at the US Open, the 20-year-old will need at least a top-5 finish and a string of top-10′s to break into the top-125 on the money list to secure a card. 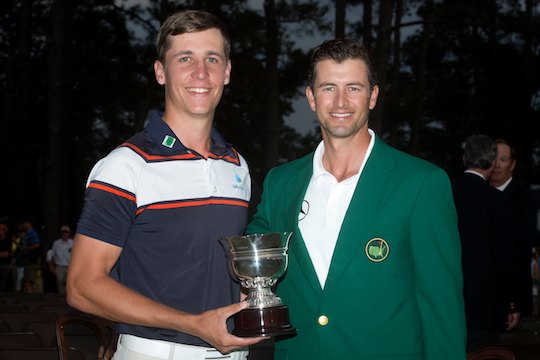 Goss finished as Low Amateur at the 2014 US Masters

In his first professional appearance at the Travelers Championship, rounds of 70-71 saw Goss miss the cut. The week prior he also missed the cut at the US Open where the Australian gained an invite on the back of a runner-up finish at last year’s US Amateur.

If Goss fails to get to the top-125, anywhere between 126-200 would at least get him a start in the secondary tour finals, giving him another chance to earn a card there.

Goss has signed with Bud Martin in the USA, the same agent who looks after Jason Day and Marc Leishman, which should open some doors for him after dropping out of the US collegiate system short of finishing his degree at the University of Tennessee.

With low amateur merits at this year’s Masters and a win on the PGA Tour of Australasia at the 2012 Western Australian Open, Goss certainly is one of our most promising players to progress from the amateur ranks.