Boasting several top players, South Korea has held a monopoly on the world female golf rankings for some time.

Now we may soon be adding another one to the mix…except this time she’ll be representing Australia…and the timing couldn’t be any better. 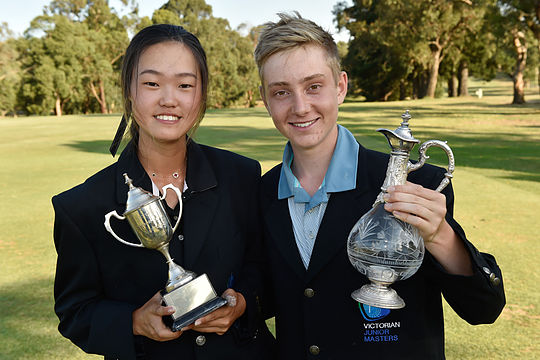 Just as the junior female talent pool looked as though it was drying up, Sydney teenager Grace Kim has emerged as a star of the future.

Born to Korean parents but raised in Australia, the 16-year-old has already won several junior titles, including the national junior crown.

But it almost wasn’t to be.

With music being her first love, the teenager initially never showed any desire to pick up a set of clubs.

“At first I didn’t really want to do it [golf] but after seeing dad play, and me actually hitting the ball quite nicely, and I fitted in well, so I decided to take it up,” she says.

Playing under the tutelage of coach Khan Pullen, Grace first caught the attention of her coach three years ago at the western Sydney Academy of Sport.

“She really stood out. With the tall frame that she has, and very sound technique at such an early age, you could see she had that something very special about her,” said Pullen.

And it’s a combination which has been a recipe for success.

Having qualified to compete as an amateur at next year’s Australian Open, Grace will face-off against idols and world ranked South Korean players Ryu So-Yeon, Park Sung-Hyun and Chun In-Gee.

How she’ll go remains to be seen, but boasting world-class qualities such as a magnificent swing, accuracy from the bunker and terrific putting, all signs point towards Grace being the real deal!