In one of his frankest disclosures for some time, three-time major winner Padraig Harrington has revealed his obsession to keep-up with a younger generation of competitors.

Harrington, who was contesting his 445th European Tour event at last week’s Scottish Championship, and now aged 49, the 15-time Tour winner has spoken frankly of the drive he has to remain competitive. 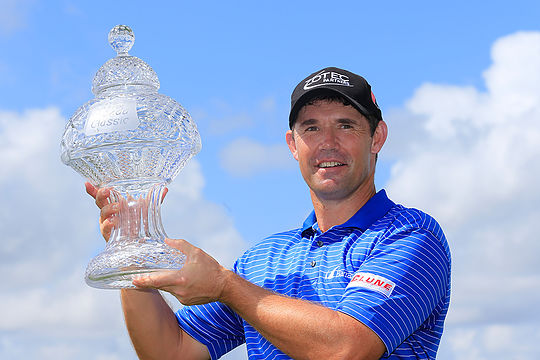 “I’ve been obsessed with trying to keep up with these young guys. I really can at times. I’ve a lot more speed on the range than I have on the course, I see days where it’s good.”

“My whole career I’ve been one level down from the longest hitters, and I’m still there now. I wouldn’t hit is as far as the longest hitters. If it was a long-drive competition I’d go for it, but not on the golf course. I’m hitting it straight – and a decent distance.”

“I tried everything and more than Bryson. I’m very impressed with Bryson because it’s really hard to change. I know he had all that speed but being able to bring that to the golf course is quite impressive.”

Harrington has been around long enough to see several changes to the game, which inevitably began with Tiger Woods arriving on Tour towards the end of the 1990’s.

“Why people didn’t see this in 1996, Tiger had a huge length advantage – a great driver of the ball. He was so long off the tee he ended up playing a softer golf ball than the rest of us in the 2000s. He was still longer but played with a golf ball that nobody else could have played with, because it was so soft.”

“Then Rory and DJ came along. They were more of a change because when you have one long guy, it doesn’t matter, because he can’t win every week. When you have five, six then all of a sudden ten or 20 you have to pick one of those.”

Of course, the 49-year-old isn’t on his own with the likes of Rory McIlroy and Justin Thomas recently looking to tweak their swing speeds to keep up with the current king of the swing in Bryson DeChambeau.

When will it all end? History seems to suggest it won’t be any time soon.