Let’s get one thing straight here…Mark Hensby maintains he didn’t take any banned substances – and never has in his life.

Yet the New South Wales touring professional has been banned from the PGA Tour for a year after failing to provide a sample for a routine drug test. 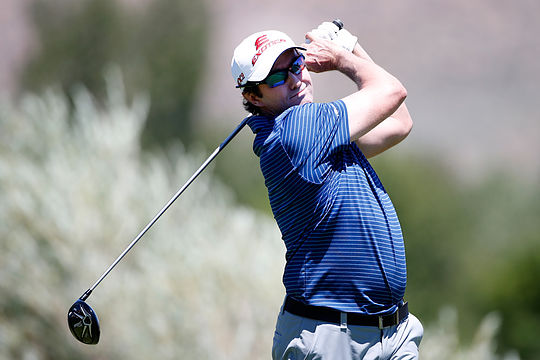 The former Tour winner has now been forced to defend himself and admits he was naïve to think he could leave the drug-testing facility after been kept waiting to provide the sample required.

“While walking down to the testing area I was prepared to take the blood test,” Hensby said in a prepared statement.

“When we arrived at the facility I was required to sign a document and a gentleman informed that I was only required to take a urine test.”

“I was fully prepared to take the blood test because I knew it was going to be a relatively quick procedure.”

“However I had just urinated on the eighth hole, my 17th hole that day, and knew that I was probably unable to complete the urine test for at least a couple more hours.

“By this time it was already approximately 6:30 pm.”

“Already frustrated and projecting having to sit around for another two hours, I told this gentleman that I would complete the test in the morning prior to my early-morning tee time.”

Hensby said he felt being called a drug cheat was “a little harsh”.

“If I am cheat, what am I cheating at? Because my record, over the last three years is, I think, people can look it up and see that I’ve made probably 20-something thousand dollars.”

“I had nothing to hide but I know what it looks like and unfortunately the way it was put out there, especially in certain media circles, it makes me look like I’m doing something.”

“But at the end of the day that’s my fault and I take full responsibility.”