How would a pro golfer fare on a par-3 course?

Put a ‘gun’ pro on a par three course and he’d probably hit every green in regulation…right?

So what sort of score would he post for the 18 holes? Six or seven under perhaps? After all they are the best players in the game. 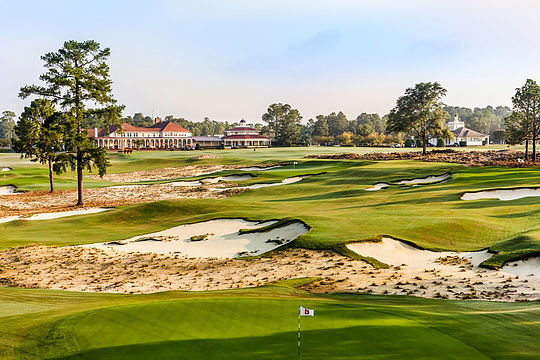 Amazingly, though, they might miss as many putts as you or me – or indeed not knock it close enough to make, well, everything.

Amazingly the stats suggest he [or she] would probably shoot just one-under-par.

That equation was worked out based on 2017 tour stats and by looking at the average strokes to hole out on all shots from the fairway . . . first cut or tee and starting between 125 and 175 yards from the flag.

And across 18 holes, that yields a score of 1.08 strokes under par.

Most people might probably expect a lower score than that. Yet the facts are there…from 125 to 175 yards pros usually do hit the green.

That suggests they’ll have about 16 birdie opportunities in the 18 holes.

Of course some of those will be tap-ins and it seems five of the other 14 attempts would be converted.

That gets us to seven-under. Right. Well, not really.

Of the two missed greens, one results in a par and one in a bogey – or so the stats say. That leaves a final total of six-under.

Yet based on data from Shotlink, your average Tour pro will only hit 13 greens out of 18 and only about five shots land within 15 feet of the hole. And they’ll only hole three of those putts for birdie anyway.