Anyone who has watched women’s golf this year knows it has been a struggle for popular American Paula Creamer.

The talented 2010 US Women’s Open champion has battled a painful injury to her left wrist. 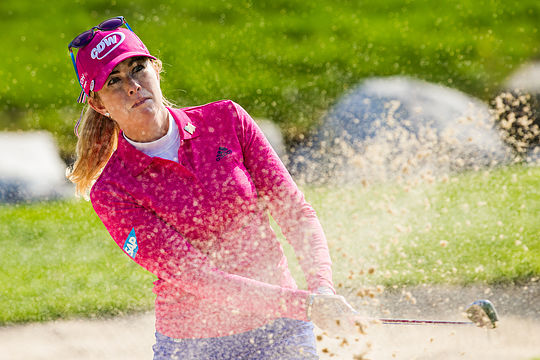 And she has at last taken the major step of cutting short her season and heading off for surgery in the hope of getting back the devastating game that has seen her among the best players in the world for much of her career.

Creamer announced on Instagram that she had undergone season-ending wrist surgery.

The decision came after she injured a tendon during last month’s Evian Championship in France.

It forced her to withdraw from the event during the first round, citing the “excruciating” pain as being too much to bear.

She has not played any competitive golf since then.

Creamer explained to her legion of followers that the wrist problem actually went back as far as two years ago and had given her constant problems to the point where she felt the surgery was the only option left open to her.

A 10-time winner on the world’s richest women’s tour, the LPGA, Creamer has been nowhere near her best in 2017 with just one top 10 finish.

In fact she was only able to make the US Solheim Cup team earlier this season when Jessica Korda dropped out, ironically also through injury, after succumbing to a forearm problem.

That forced US captain Juli Inkster to replace Korda with her alternate pick, which was Creamer.

The gutsy American gave her all to the side, going three and one for the week to be one of the cornerstones of the US victory.