Local fans should be preparing for an Australian summer of golf sans world number eight Jason Day, if his trainer has anything to do with it.

Day has committed only for the Emirates Australian Open at The Australian Golf Club in Sydney from November 27 -30 but there is a good chance his recent fourth place finish under duress at the Tour Championship may be his last for the year. 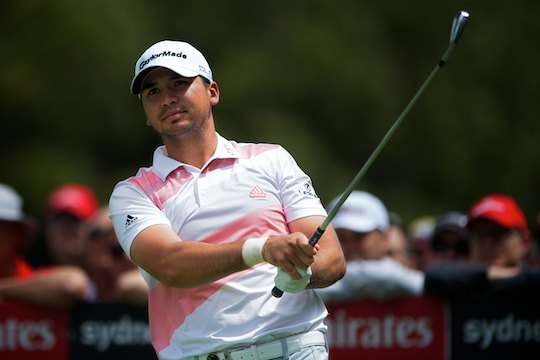 His new trainer, South African Cornel Driessen, has recommended a recovery plan for a range of injuries that could mean three months on the sidelines, with a likely return at the Tournament of Champions in Hawaii in January.

Day has struggled all year with a thumb injury and more recently, a back complaint that he battled with over the FedEx Cup Playoff Series.

“This off-season is very crucial for me just to make sure that the back, the thumb and my hips are all progressing the way I want them to be, especially for next season,” Day said.

“It’s been a pain in the butt this year. I’ve got a bulged disc in my back right now that has been there for a while and that’s been very painful through the last couple of weeks, plus obviously a thumb issue that took me out for three and a half months.”

“To be able to get some time off, really try and get some rehab on my back, on my thumb and try and move it in the right direction will take a lot of stress off my shoulders.”

His potential withdrawal from the Open will be a blow to local fans and officials, who had assembled a great field including world number one and defending champion Rory McIlroy, Adam Scott, Jordan Spieth and Day.

“I just want a healthy year where I can practise hard and get ready for tournaments and try and play the best I can without worrying about injuries,” he said.

“I’m very encouraged with how I played this year with just 15 starts but I’m very motivated to do whatever (Driessen) needs me to do to get better for next season and really try and get to that number one spot in the world.”