Bryson DeChambeau’s injury-plagued season could now be even more doubtful with reports suggesting the American is to undergo surgery this week on his injured left hand.

DeChambeau was clearly struggling at last week’s Masters hopelessly missing the cut with scores of 76 and 80 to finish ahead of just nine other players at Augusta National. 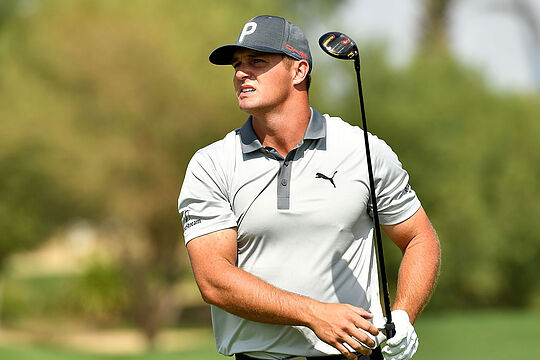 It was the first time in six Masters appearances, including earning the low amateur award in 2016, the now 28-year-old failed to make the weekend cut.

“He’s having surgery tomorrow (Thursday),” said Peterson. “It’s disappointing for us, but it’s more disappointing for him. I know he didn’t want to have surgery, for sure. It’s pretty sad. I hope he gets himself straightened out.”

The current World No. 19 has contested just six events in 15 tournament weeks this season having missed the cut in three and withdrawn post a first-round 73 at the Asian Tour’s Saudi International. He finished T25th in the New Year’s opening Sentry Tournament of Champions and was bundled out after the round-robin matches in the WGC event in Texas.

DeChambeau was not interviewed formally by Augusta media officials but he was asked about his hand and why he was teeing up in the Masters when his doctors were suggesting otherwise.

“I’m like, man, this only comes around once a year, and I’ve got to give this a go,” said DeChambeau.

“I want to do it. I love it. It’s one of my favourite things to do to help grow the sport of it. I know this is where my home is, but at the end of the day I want to expand out and try and give people a little bit of a show, too,” said DeChambeau at the recent Valero Texas Open.

It didn’t help also, said DeChambeau, that he’d ‘Charlie Brown’d’ himself while playing ping-pong at the Saudi event.

“And then I went to Saudi, and I was playing ping-pong against Sergio and Joaquin Niemann,” said DeChambeau as reported by Kyle Porter at CBS.

“And we were on some marble floors, and they just wiped it. And me not paying attention, I Charlie Brown’d myself and went horizontal and then hit my left hip and my hand at the same time, and that really just took me out.”

“That’s really when it just got to the point where I couldn’t even grip the golf club. I tried to play that week, and it was impossible. I was not even gripping my left hand that week. I was like, this is dumb, I have to go take care of my body first and get it right.”

“That’s what happened. And went and got a CT scan, MRI, and we found out that — and X-rays in my left hip, was kind of — I had a torn labrum, a partial tear. And then in the hand, I had a hairline fracture in the hamate bone, which a lot of baseball players get from excessive hitting. That’s kind of how it all happened.”