After a 12-year stint on the bag, which included 13 major titles, Tiger Woods announced this week that he and caddie Steve Williams will no longer be working together.

“I want to express my deepest gratitude to Stevie for all his help, but I think it’s time for a change,” Woods said on www.tigerwoods.com

“Stevie is an outstanding caddie and a friend and has been instrumental in many of my accomplishments. I wish him great success in the future.”

A replacement has yet to announced. 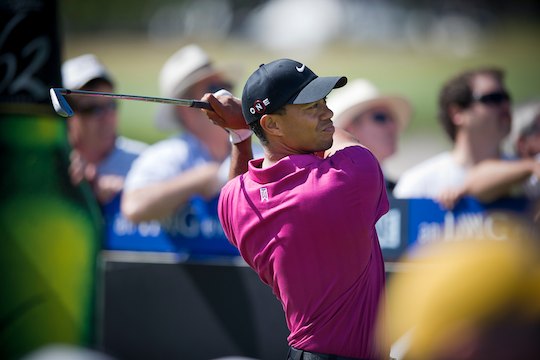 While Tiger recuperates from injuries sustained at the Masters in April, Williams has been on Adam Scott’s bag.

Tiger’s last appearance on the PGA Tour was at The Player’s Championship where he completed just 9 holes before being forced to withdraw.

Williams is said to be shocked by the timing of the decision.

“I’ve stuck with Tiger and been incredibly loyal. I’m not disappointed I’ve been fired but the timing is extraordinary,” said Williams in a New Zealand television interview.

There has been speculation that Woods had become unhappy when the part-time arrangement between Williams and Adam Scott continued beyond the US Open.

“Through time I hope [Woods] can gain my respect back. He definitely needs to earn my respect again, that’s for sure.”