Injured Tiger spotted “walking” on his own

It’s been five months since Tiger Woods’ potentially career-ending car accident in LA but there appears to be some light at the end of the tunnel for the 15-time major champion.

Woods was spotted this week in Los Angeles by TMZ alongside partner, Erica Herman and, while he’s still relying on crutches to move around, it appears that the 45-year-old is now able to put most of his body weight on his injured leg. 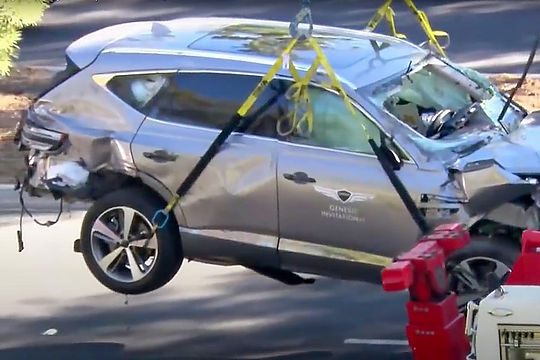 In an interview with Golf Digest in May, Woods described his rehab process as the most painful he has ever had to go through, which is saying something when you’ve had as many surgical procedures as Woods.

“This has been an entirely different animal,” Woods told Golf Digest about his journey towards being able to walk on his own.

“I understand more of the rehab processes because of my past injuries, but this was more painful than anything I have ever experienced.”

Ben Hogan pulled off one of the best seasons on the PGA Tour just a couple of years after coming close to losing his life in a car accident. Although Hogan was almost a decade younger than Woods at the time.

However, the 82-time PGA Tour winner has been through this process many times before and his 2019 Master win was arguably the greatest comeback in sport.

If he gets himself back on course this time, it truly will be a miracle.