Is this really the end for Tiger?

Always listen to your parents.

My old man has been telling me for years that Tiger Woods was playing himself into an early retirement. 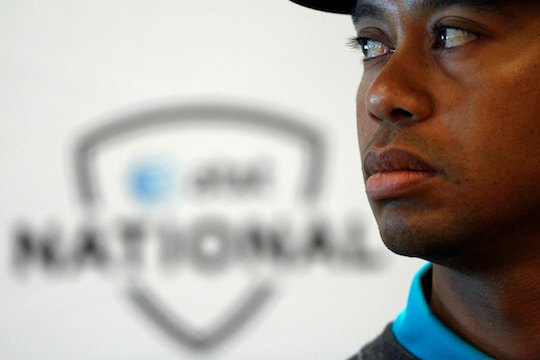 Whenever we watched him strut his stuff on television together Dad would never waste the opportunity to freeze-frame the footage and point out the brute force and pivots in Tiger’s incredible swing and how it would inevitably lead to a painful downfall.

“He’s young and fit, Dad, remember those days?” I chuckled.

“Anyway, he’ll have enough in the kitty to retire 100 times at 35 anyway.” (How I didn’t see that divorce coming)

But Doctor Dad was well and truly onto something.

“He’ll wreck his back by the time he’s 35 – look how much pressure he puts on it mid-swing! His body can’t stand up to that sort of pressure forever, it will catch up with him,” Dad professed.

And while Tiger’s back has stood up to the rigours of the world’s most famous golf swing, it appears his knee and achilles haven’t been so lucky.

Injuries to both crucial cogs in the Tiger machine forced his withdrawal from last month’s US Open and it immediately rang alarm bells for many golf lovers, not least 1993 PGA Champion-turned golf analyst Paul Azinger, who created headlines by suggesting Tiger’s injuries were career-threatening.

The general consensus was he must be in a bad way. I mean, this is a guy who limped around on a broken leg and torn ACL to win the 2008 US Open.

In the overall mechanics of your swing, the achilles and knees are arguably the most important links in a well-oiled chain and if they’re broken, there’s no quick fix because it throws everything else out.

With no victories to his name in more than two-and-a-half years, it makes you wonder just how long Tiger’s been carrying these broken links.

Some have written him off already, while others have boldly predicted he’ll be back to his best as early as this month’s Open Championship.

I’m still unsure, but if I was Jack Nicklaus, I would be breathing a little easier about keeping my record of 18 Majors.

I couldn’t imagine a world without Tiger Woods winning golf tournaments. The PGA Tour would take an incredible financial hit, crowd numbers would drop and as Azinger quite rightly pointed out, golf would lose its curiosity factor for a man that not that long ago was the most dominant athlete on the planet.

“There was a time when 97 per cent of the fans pulled for Tiger and three per cent for various reasons, didn’t,” Azinger said.

Indeed he is. And, like the last two-and-a-half years, he’s only one win away from ending the debate.