After helping shape the careers of big-name players like Darren Clarke, Lee Westwood and world no 2 Rory Mcllroy, Aussie young gun Dimi Papadatos is next on the list of golf management goliath Andrew ‘Chubby’ Chandler!

Known the world over as one of the great characters of the golf management industry, the signing follows an ongoing trend from the Englishman in assisting young Australian golfers. 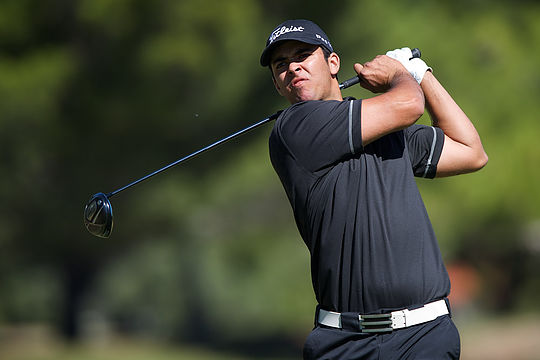 Chandler first began punting on Aussie talent back in 2012 by plucking a young up-and-comer named Rika Batibasaga from obscurity to play events on the Euro Pro Tour.

Over the next few years the Brit’s attention remained Down Under, taking more Australians under his wing by signing Daniel Popovic, Todd Sinnott, Antonio Murdaca, Ben Eccles, Jordan Zunic, as well as Kiwi Ryan Fox.

The latest addition to Chandler’s ISM (International Sports Management) label, Papadatos exploded onto the scene by winning the New Zealand Open in Queenstown back in 2013. Although his form has been up and down in the time since, the 25-year-old enjoyed an impressive bounce earlier this year when he played some of his best golf to claim the Victorian Open.

After struggling to perform with limited Challenge Tour status last year, the reigning Vic Open champ will aim to benefit from the significant leverage Chandler has on the European Challenge Tour.

“At this stage in my career, it is a step that will give me a great opportunity to improve my game and help me progress up the world rankings.”

ISM, which has also made pitches for potential superstars Brett Coletta and Curtis Luck, is seeing its presence on the world stage increase, particularly for players who see Europe as a better means of getting their careers established as opposed to tackling the US.