Nike Golf has signed world No. 1 Jason Day to a multi-year contract. The agreement covers footwear, apparel, headwear and gloves. Day will first wear Nike this week at the Tournament of Champions in Kapalua, Hawaii.

“Joining Nike is a dream come true,” Day said. “The brand is synonymous with the world’s best athletes. I’m honoured and can’t wait to be part of the team and working closely with Nike to take my game, and the sport of golf, to even higher levels.”

The partnership comes on the heels of back to back stellar years for Day. The 28-year-old Australian closed 2015 with four wins in his final seven starts, including his first major title with a record-breaking 20-under-par performance at the PGA Championship.

That momentum carried over into 2016, with Day notching three wins — including coveted titles at the Arnold Palmer Invitational, the WGC-Dell Match Play and THE PLAYERS Championship. 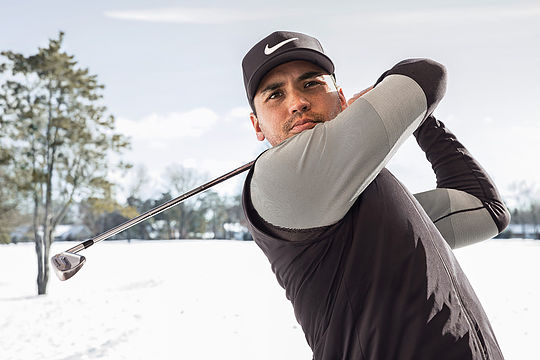 “We’re thrilled to welcome Jason to the Nike Golf team and our family of athletes,” Daric Ashford, President of Nike Golf said.

“He’s an incredible player who has demonstrated tremendous work ethic and amazing resilience over the course of his career. We’re excited to help him chase more championships in the coming years.”