He might be entering his 13th year as a professional, but Victorian James McLean has no doubt his best golf still lies ahead of him.

The 1998 NCAA US College champion has endured almost a decade of struggles to establish himself as a force on the world’s golf tours. 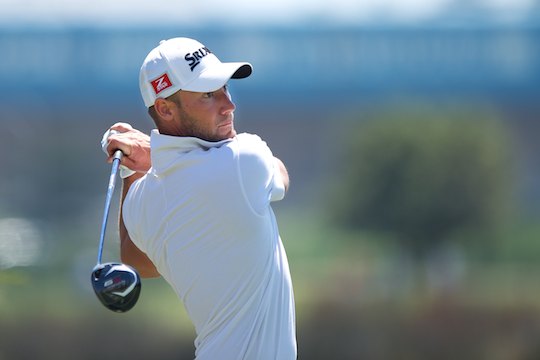 A chronic wrist injury which baffled doctors a few years ago certainly hampered McLean’s planned assault on the US Tour.

He had just one year, 2003, on the world’s richest stage before the wrist problem emerged.

He played more American events under a medical exemption for two years after that but failed to make an impact. His sole win in the US remains the 1998 Minnesota Open which he won while still an amateur.

Now fully fit and keener than ever, McLean earned his stripes on the lucrative Japan golf tour, where he hopes to make an impact in 2013.

Still only, 34, earned his full Japan playing rights at Q-School last month and is now looking forward to spending time on both the OneAsia and Japan tours where he is hoping to take taking advantage of the events co-sanctioned by both those tours.

“The great thing about the Japan and OneAsia Tours is that given their close proximity to Australia and each other I will be able to straddle both during the season while still having some time at home,” McLean said.

“I think co-sanctioned events are a terrific platform for players to experience different conditions and play in different fields, so I fully support the OneAsia and Japanese Tour working collaboratively in this way.”

A long-time member of the PGA Tour of Australasia, McLean finished an impressive ninth at the JGTO’s gruelling December Q-School after missing his card by one spot in 2011 and spending the next 12 months on OneAsia and Japan’s challenge tour.

While he admits he didn’t play his best on OneAsia — making just three cuts in seven tournaments — he has been focussing on his physical conditioning in a bid to improve his stamina over the course of the season.

“While I do enjoy playing OneAsia events, in 2012 I often played them during breaks from my schedule in Japan when I wasn’t at my best physically or mentally,” he said.

“I’m hoping that if I have a solid start to the year in Japan I will be able to play more of the OneAsia events in the middle of the year.”

McLean wasn’t the only OneAsia player to earn a card on the JGTO for 2013.