The decision is a huge blow to Australian Pat Janssen of Global Premier Sports who had been assisting Jeong for the past few years in his eventual move to professionalism. 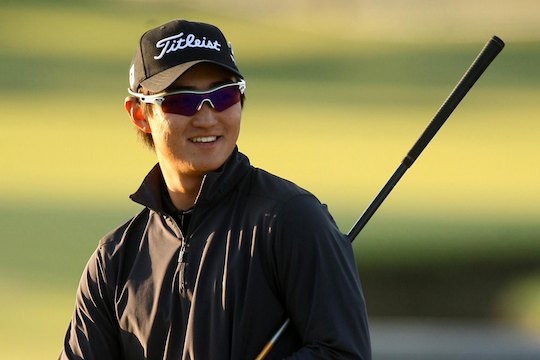 Jeong made his pro debut in the Valero Texas Open straight after the Masters where Scott was defending.

“It’s the only invitation I have at this stage, so I am hoping for more,” Jeong told Golfer Pacific at Augusta.

“I would like to try for either my US Tour card or European Tour card at the end of the year but will probably focus on Europe.

“It all depends where I get invitations to play but hopefully I will get to play in Europe and we will see how it goes there.”

As well, Jeong has parted with long-time coach, Trevor Flakewell and is now working with VIS-based Marty Joyce, who is also his caddy.

Joyce is Head Coach at the Victorian Institute of Sport and is a director of the Martin Joyce Golf Academy at Spring Valley Golf Club in Melbourne.

“Trevor and I are still good friends and we parted on good terms but I stopped working with him in January and I’m now working with Marty,” Jeong said.

“I gave one of the tickets I got for the Masters to Trevor and he came over for the week.”