The Grove, Watford, England: No surprise with the PGA Tour announcing Dustin Johnson has been named the 2016 PGA Tour Player of the Year as voted on by the Tour’s membership for the 2015-16 season.

PGA Tour members who played in at least 15 official money events this past season were eligible to vote. The balloting process ended on October 7. 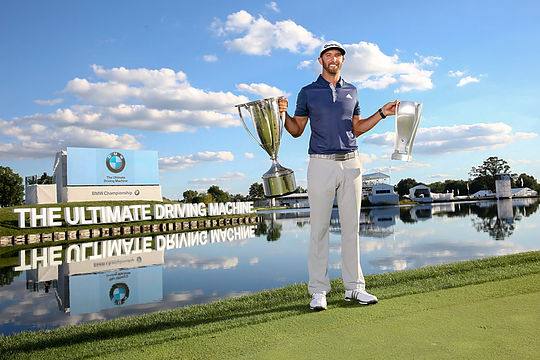 “On behalf of the PGA Tour, my congratulations to Dustin Johnson for his outstanding play on big stages during the 2015-16 season,” said PGA Tour Commissioner Tim Finchem.

“His hard work on the golf course and in the gym paid off with the finest season of his career, and the member vote reflects the respect his peers have for him.”

With his record-breaking victory at the BMW Championship at Crooked Stick Golf Club, Johnson took over the lead in the FedExCup and ultimately finished second to Rory McIlroy in the season-long competition.

In 22 starts, Johnson had a Tour-best 15 top-10 finishes with 21 made cuts. In addition to his three wins, he posted top-3 finishes at the RBC Canadian Open (T2), Shell Houston Open (third) and the Memorial Tournament presented by Nationwide (third).

Johnson has now won at least one PGA Tour event in nine consecutive seasons dating back to his rookie season in 2008, the longest active streak on Tour.

Johnson, who will receive the Jack Nicklaus Trophy for winning PGA Tour Player of the Year, was selected for the honour over Jason Day, Rory McIlroy, Adam Scott, Jordan Spieth and Henrik Stenson.