Dustin Johnson is known for his languid on-course demeanour and it seems off course he is no different.

Almost 10 years after first becoming engaged in 2013, Dustin Johnson and Paulina Gretzky, the oldest daughter of ice hockey great, Wayne Gretzky, have finally tied the knot in a private ceremony in the Great Smoky Mountains in Tennessee. 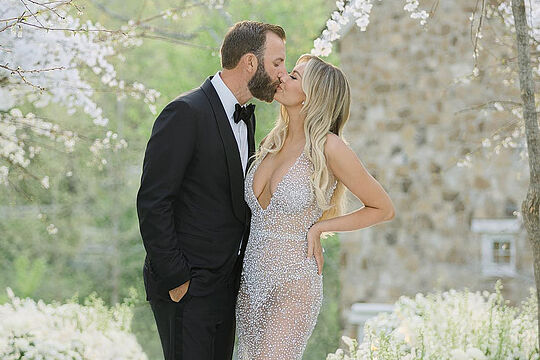 The 24-time PGA Tour winner and his now-wife have two children, Tatum (7) and River (4). Like many players on Tour that are away from home for long periods, Johnson credits Gretzky’s support for his own success.

“She’s such a big supporter of mine,” Johnson told People magazine.

“Obviously with golf or any professional athlete…you got to have somebody to support you. I’ve spent a lot of time away from home, or at the golf course, or travelling on the road, whatever it is.”

“So you need that special person, especially with the kids, she does a great job taking care of everything else so all I got to do is worry about golf.”