Bridgestone Golf, the #1 Ball-Fitter in Golf, announced that it is bolstering its world-class Tour Team with the addition of the LPGA star Karrie Webb.

Webb, a seven-time LPGA Major Champion that was inducted into the World Golf Hall of Fame in 2005, joined fellow Bridgestone Golf LPGA stars Paula Creamer, Sophie Gustafson and Ai Miyazato in teeing it up at last week’s HSBC Women’s Champions 2012 event, where she was the 2011 champion. 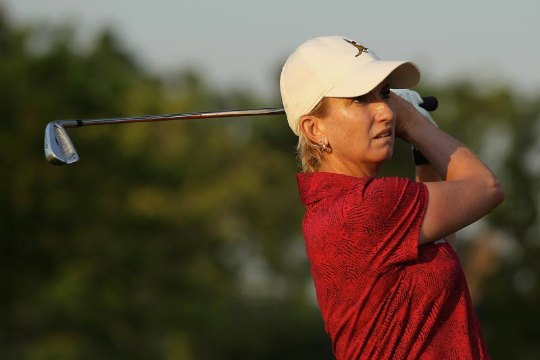 The cover’s smaller inner dimples increase thrust power at launch for greater distance while the larger outer dimples promote a shallow angle of descent for increased roll out on landing.

The result of the improved performance at both takeoff and landing is greater overall distance performance and a more consistent wind-cheating ball flight.

“I am delighted to have joined the Bridgestone Golf tour team, as I have been hearing great things about the B330-RX on Tour since Paula’s debut with it,” said Webb.

“After going through a full ball fitting, I realised what an advantage the softer compression provides me off the tee without sacrificing any performance greenside. As an added benefit, the ball performs very well in the wind, and that is something that will come in very handy here at the HSBC.”

In her illustrious career, Webb has amassed 38 LPGA victories, 7 major championships and 10 international victories, as well. She is one of only six women to have achieved the LPGA’s Career Grand Slam (winning all four professional majors), being the youngest to do so.