Sir Bob, who turned 80 last March, is one of the world’s most renowned and popular golfers, becoming Champion Golfer of the Year after winning The Open in a play-off at Royal Lytham & St Annes in 1963. 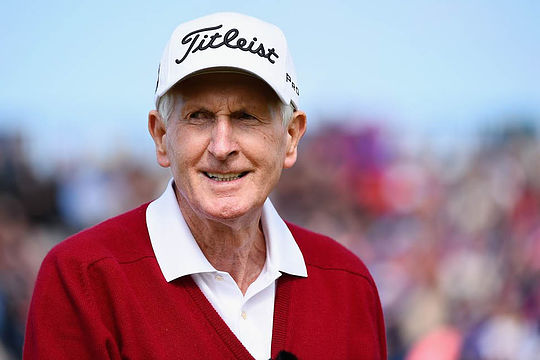 It was the first occasion a left-handed golfer won a Major.

He went on to capture nearly 80 titles around the world and was admitted to the World Golf Hall of Fame in 2008.

“I am extremely proud and gratified to be invited to become an Honorary Member of The Royal and Ancient Golf Club,” said Sir Bob.

“Winning The Open was a tremendous part of my career and I have always had a huge affinity for the Championship and the wonderful links courses on which it is played. The Club is at the heart of golf in St Andrews and it is a privilege to follow so many other great champions in becoming part of its history.”

Born in Carterton on New Zealand’s North Island in 1936, Sir Bob discovered a love for golf at an early age and began work as a bank-teller. He went on to win the New Zealand Open as an amateur in 1954 and enjoyed an extensive amateur career before turning professional in 1960.

Sir Bob also became the first left-handed golfer to win on the PGA TOUR at the Houston Classic three years later. In that same year, he finished tied with American Phil Rodgers at The Open at Royal Lytham and went on to win the 36-hole play-off by eight shots with a memorable display of putting.

In 1969, Sir Bob won the World Match Play Championship and, as well as achieving numerous victories around the world, he amassed a string of top five finishes in Major Championships, including finishing tied second in The Open in 1968 and second the following year. He then embarked on a successful senior career, winning the Senior Open on two occasions, at Turnberry in 1989 and at Royal Lytham, 30 years on from his victory there in The Open.

Sir Bob announced his retirement from competitive golf after the Senior Open in 2010 at the age of 74.