Popular Korean KJ Choi has donated his $100,000 winnings from the 2013 ISPS Handa World Cup of Golf to the Typhoon Haiyan relief efforts in the Philippines.

The donation was sent to the American Red Cross through the KJ Choi Foundation in the United States with the funds channelled into providing relief supplies and to help rebuild their damaged infrastructure. 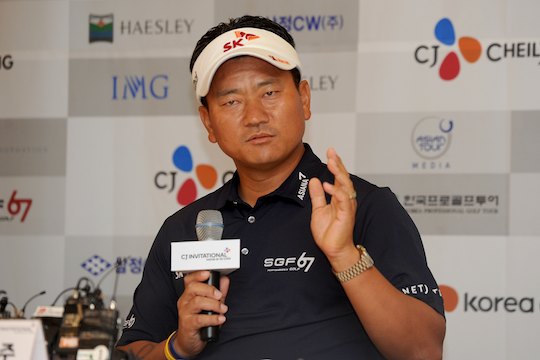 “I wanted to represent Korea in sharing the sentiment of my fellow countrymen to our friends in the Philippines,” said Choi. “I send my deepest condolences to the people of the Philippines who have lost their families and homes.”

“The Philippines and Korea maintain a very close relationship through cultural exchange, and I truly hope they are able to rebound, overcome the difficult times and get back to normalcy again,” Choi said.

He added, “I had heard that Jason Day lost many of his relatives and friends due to the typhoon and as a fellow friend and competitor, I felt bad. Despite his loss, it was very meaningful to see him overcome the pain of losing his family and stay focussed during the tournament to come up with the win.”

Choi and his Foundation have an admirable track record of support for disaster hit areas, with $90,000 donated to hurricane victims in the US in 2009 and, after his 2011 win at The Players, gave $200,000 to victims of the tornadoes that ravaged the south-eastern part of the US.

Later that year, Choi also donated $100,000 to victims of the tsunami that devastated Japan.