World number one Lydia Ko will receive the Mark H McCormack Medal as the leading women’s amateur player in the World Amateur Golf Rankings (WAGR) for the second consecutive year.

The 15 year-old New Zealander secured the top ranking after winning the US Women’s Amateur Championship at The Country Club in Cleveland, Ohio. She defeated Jaye Marie Green (18) from Florida 3 and 1 in Sunday’s final match. 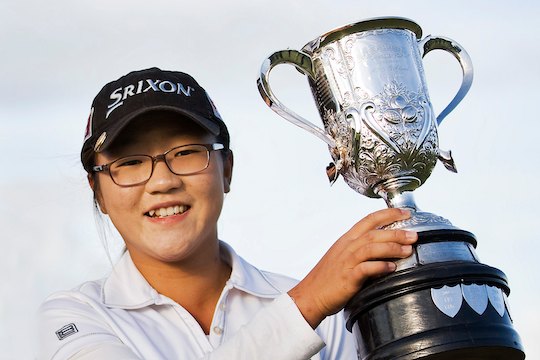 Ko received the inaugural medal for the top ranked women’s amateur player in 2011 and has enjoyed continued success in 2012.

In January she became the youngest winner of a professional golf championship when she claimed the New South Wales Open on the ALPG Tour aged 14.

The R&A and United States Golf Association (USGA) award recognises Ko’s remarkable season. She has led the ranking for 68 consecutive weeks and will gain a place in the 2013 US Women’s Open.

A delighted Ko said: “I’d like to thank the USGA and The R&A because without them, the ranking wouldn’t be possible. It gets me to places where normal people can’t go, and it’s a great honour.”

“It’s pretty amazing. After I got the medal last year, I haven’t lost the number one position since then. I became world number one on my birthday last year. It’s good to continue it. I’ll continue to get more invites to professional events.” It’s always good to be World No. 1.”

Ko rose to prominence as a 12 year-old when she finished as the leading amateur in the 2010 Pegasus New Zealand Women’s Open in a tie for seventh and became one of the youngest women to make the cut at a Ladies’ European Tour event.