Lydia Ko described it as an honour to receive the Mark H McCormack Medal as the leading women’s amateur golfer for a third year in a row.

The McCormack Medal award is presented by The R&A and the USGA, which jointly administer the World Amateur Golf Ranking (WAGR), and recognises Ko’s outstanding performance in leading the ranking again this year. 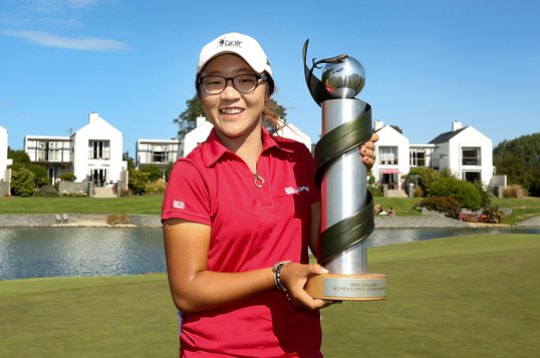 The 16-year-old New Zealander followed up her second successive victory in the CN Canadian Women’s Open on the LPGA Tour by finishing second behind Norway’s Suzann Pettersen at the recent Evian Championship to cap another successful year.

Ko received the McCormack Medal from Pettersen, who is one of three R&A Working for Golf Ambassadors.

The Evian was Ko’s fifth Major Championship appearance of the season and she played in several events on the LPGA Tour as well as professional events in Asia and Australasia.

She finished tied third in the ISPS Handa Australian Women’s Open, tied 17th in the Wegmans LPGA Championship and 25th in the Kraft Nabisco Championship.

“I am very proud and honoured to win the McCormack Medal for a third time,” said Ko.

“I know there are many talented young amateurs playing at the elite level around the world so I am delighted to have finished number one in the WAGR once again.”

Ko’s successful 2013 continued her rich vein of form from last year when she became one of the youngest winners of a professional golf championship at the New South Wales Open on the Australian Ladies Professional Golf Tour aged 14.