With a determination to get back on top of the world, Lydia Ko has made changes that are becoming all-too-familiar to her fans.

A new caddie and a new coach are almost old hat for the Kiwi champion who has made such an impact on Australia women’s golf in recent years. 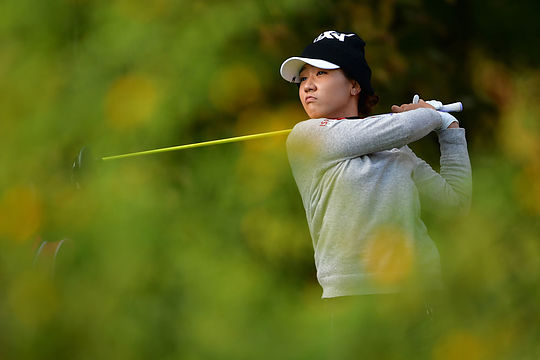 She finished in a tie for 19th at the Australian Women’s Open so probably feels she is on the right track.

While others might disagree, it’s safe to say the 14-time LPGA winner is leaving no stone unturned in her bid to regain her former status as the No 1 player in the world.

Ko last week revealed she was now working with former PGA Tour professional Ted Oh, a man who, like Ko, was a former teenage prodigy.

Oh competed as a junior against Tiger Woods and also qualified for the 1993 US Open when he was just 16.

Ko parted ways with previous instructor Gary Gilchrist despite suggesting they were making progress in 2017.

She also pointed out her confidence had dwindled during 2017, but was returning after she posted top-five finishes in four of her last eight starts last year.

“It’s a season that obviously I learned a lot from,” Ko said.

“And I think it wasn’t the ‘game’ aspect that I learned, but the mental aspect of saying, ‘Hey, get over the bads and kind of move on.’

“Confidence and patience were probably the two big keys for me this end stretch of the season.”

In addition to a new swing coach, Ko used Jonny Scott as her caddy at Kooyonga.

Changing caddies is hardly new for Ko: She has previously used 10 different people on her bag during her LPGA career.