In early 2015, the world was at Lydia Ko’s feet after reaching the World No.1 ranking as a 17-year-old and becoming the youngest player, male or female, to achieve the feat.

2016 was another great year with four LPGA Tour wins, however, since then the trophies had been few and far between and a lot of soul-searching followed. And then came 2022. 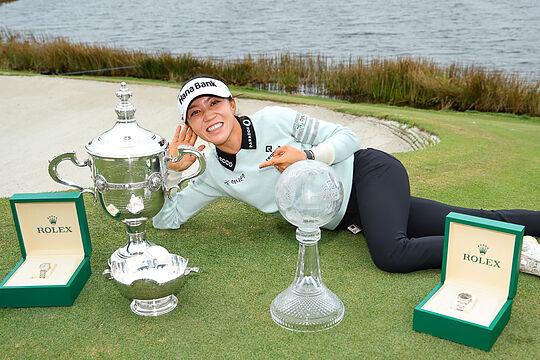 The New Zealander kicked off this year in style with a win at the Gainbridge LPGA at Boca Rio before book-ending the season with titles at the BMW Ladies Championship and the CME Group Tour Championship along with the Rolex Player of the Year award and Vare Trophy for the lowest scoring average.

The turnaround in fortunes lines up nicely with the 25-year-old finding happiness off-course with her soon-to-be husband, Chung Jun, who she has dubbed her “good luck charm”.

“I’m very grateful to be world No. 1 again. To be honest, I wasn’t sure if I’d ever be back here again. This wouldn’t have been possible without my family and team, thank you for your belief and love,” said Ko said in an LPGA statement.