Yet the coaching ‘guru’ still has some sage advice for Ko as the Kiwi battles away looking for a return to the form she showed as a teenage prodigy. 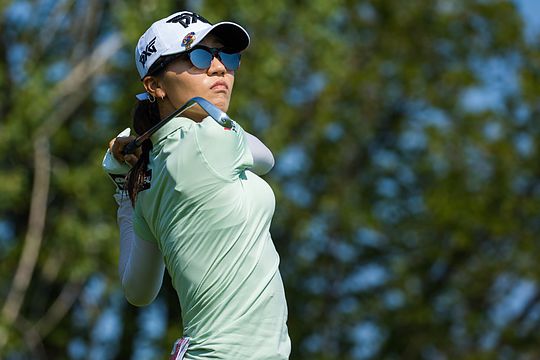 Leadbetter suggests Ko must take control of her own career and ‘leave the nest’ as far as her parents are concerned.

It has been well documented that Leadbetter has been critical of the role Ko’s parents have played in the formative years and beyond in their daughter’s career.

“It really is a very sad situation to observe,” Leadbetter explained in a radio interview.

“Her team have to be thinking that they have made some huge mistakes taking an unbelievably talented player and turning her into ordinary.”

“I hope she gets it back but restoring confidence is never the easiest thing to do.”

“Her parents have a lot to answer for – a case of unbelievable ignorance.”

“I’m angry, I’m sad because to me I know what she’s capable of doing.”

“And to see her play like this, it’s just very sad to see.”

Now 22, Ko appears to be the worst form slump of her career.

In the latest women’s world rankings, Ko had drifted out to be the 23rd best player in the world – a far cry from when she was ranked the world’s best for 84 weeks.

Ko missed the cut at the recent Women’s British Open by an astonishing 10 shots after a 76-80 start in the first two rounds.

That was her second missed cut in a major after missing out by seven at the Evian Championship in France last month as well.

Leadbetter, who oversaw Ko’s rapid rise where she won 17 LPGA titles and two majors, said it was tough to see the downfall of one of golf’s brightest talents and he blamed her parents’ involvement.

“They tell her when to go to bed, what to eat, what to wear, when to practice and what to practice. And they expect her to win every tournament,” Leadbetter was quoted as saying.

“The problem is when you start changing everything.”

“As many changes as she’s made, not only coaching, caddies and equipment, and sports psychologists and trainers, she’s also changed her body type now.”

“Who knows what’s going on inside her head right now and obviously her team needs [to get] things together there because the longer it goes on, the tougher it is for her to get out of it.”

“Thank you to the haters for making me stronger and push me to be the best version of myself,” said Ko.

“And thank you to each and every one that have supported me, your love makes a bump feel like a smooth ride.”