If you thought Tiger Woods had lost his aura on the golf course, it appears his off-course dominance is waning even more.

That’s because Woods has been toppled from his six-year reign as the biggest personal brand in sport. 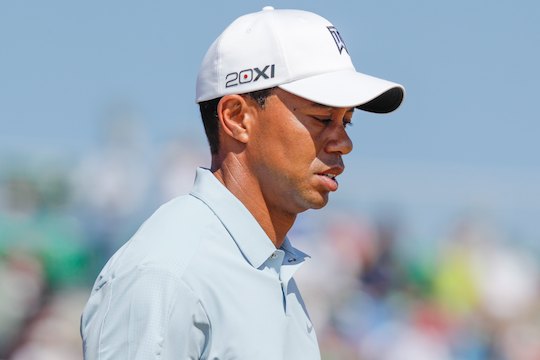 According to the highly-rated Forbes magazine, basketball star LeBron James, now valued at $A42m, has assumed the mantle as sport’s biggest brand.

That sum refers to how much James earned off the court, compared to the average top-10 earner in his competition.

Already named as the NBA’s most valuable player four times, LeBron earned $65m in the past year through endorsing companies such as McDonald’s, Coca-Cola and Nike.

He scored $34m alone this year when Apple signed a deal with Beats Electronics, a brand he promoted in return for a small stake.

Forbes had ranked Woods as the world’s top athlete brand since 2008.

Woods’ brand is worth an estimated $41m.

Others in the top five included Swiss tennis ace Roger Federer at three, US golfer Phil Mickelson (No. 4) and Indian cricketer M.S. Dhoni at No. 5.

Mickelson picked up sponsorship bonuses for winning his first British Open while Dhoni made a lucrative bat sponsorship switch from Reebok to Spartan Sports.

The top 10 biggest athlete brands in world sport and their value in 2014 were: