Legendary one-iron given the sack by Nicklaus

Everyone has a favourite club in their bag. It’s not usually a one-iron either.

Yet one of the most famous shots in the history of golf was Jack Nicklaus’ amazing one-iron which hit the pin on the 17th green as he went on to seal victory in the US Open at Pebble Beach in 1972. 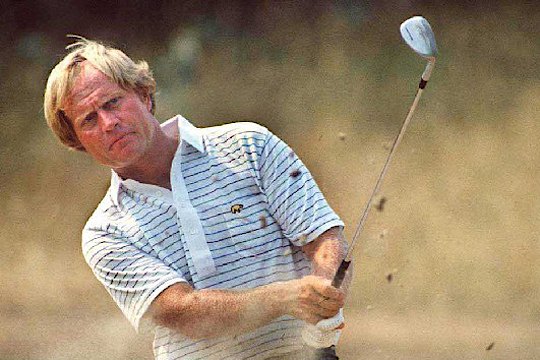 Now the one-iron can’t even get a ‘look-in’ when The Golden Bear stacks his golf bag.

Nicklaus doesn’t carry the famous club these days and as he edges into his own ‘Golden’ years he admits there are a lot more woods in his bag then he carried in his prime.

When he was a prolific winner on the PGA Tour, Nicklaus says he normally carried a driver, three-wood and one-iron through to nine-iron as well as a pitching wedge, sand wedge and putter.

Not these days, though.

“Now I’m carrying a driver, a three-wood, a four-wood and a five-wood,” he said.

“I’m not a big hybrid guy, although I am playing with one right now and I took out the two-iron.

“That’s pretty much where I am. I usually carry a three-iron through nine-iron, pitching wedge and sand wedge.”

Nicklaus did admit he had “benched” the one-iron before.

“But it depends on the golf course,” he said.

“And it depends on the shots that I think I’m going to play into the green.

“I used to even go to Augusta when I carried a one-iron a lot, and sometimes I’d always put in maybe a four or five-wood, simply because you needed some elevations to stop it on the greens and some of the lies you played.”

“I always had a variance, depending on where I was playing.”