For young Australian athletes, competing at an American collegiate level is something only the best and brightest get to experience.

The opportunity often serves as a launchpad into the professional ranks of their chosen sport and onto a successful career. 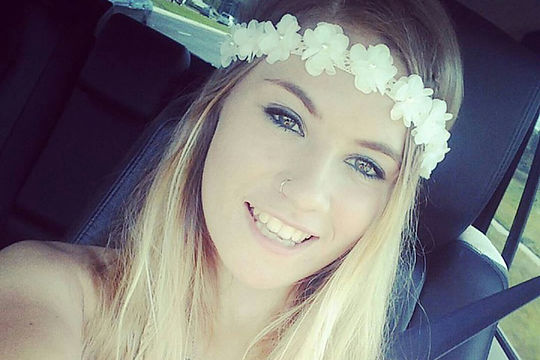 The 21-year-old was a member of the golf team and had previously attended the prestigious Maribrynong Sports Academy in Melbourne. She’d left Australia as a 17-year-old to pursue her dream of playing golf in the US on a sports scholarship.

Her sister Lisa launched a GoFundMe page to help raise money to cover the cost of repatriating her sister’s body to Melbourne. The page has already exceeded its target of $20,000.

“Words cannot describe how much our family is devastated by our loss,” said Lisa.

“Abbey was a kind-hearted, passionate and inspirational girl who was looking forward to graduating at the end of 2017 and being with her family.”

Trinket passed away on in Florida’s Daytona Beach. Details of her death were yet to be made clear.

Embrey Riddle golf coach Maria Lopez said in a moving tribute on the school’s website that Trinca’s loss had been a tragic blow, and that Abbey had been a model student.

“There are not enough words to capture this profound loss and heartbreak,” she said.

“She worked three jobs and competed as a collegiate athlete, all while being a Dean’s List student in pursuit of her dream.”

Maribyrnong Sports Academy also posted a tribute on its website.

“In her two years at MSA, Abbey was always a hard-working academic student who enjoyed her new friendships here at Maribyrnong,” it read.

In 2013 Abbey was honoured with the School Sport Victoria “Sporting Blue” award for Girls Golf.

You can help the family out at their GoFundMe page.