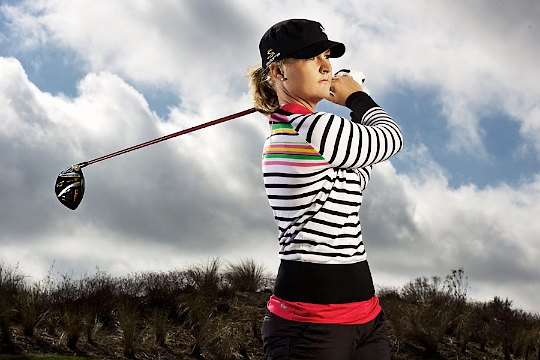 “I’m really excited to be involved with this great brand,” says Nordqvist. “Cobra is well-known for its innovation, technology and performance. I chose to play Cobra equipment because I’m convinced that it will help me perform better and catapult my game to the next level.”

As part of the expanded partnership agreement, Nordqvist will be prominently featured in future COBRA-PUMA GOLF marketing campaigns, and at consumer and trade events. Currently ranked No. 14 in the world, Nordqvist followed up her spectacular rookie season in 2009 by earning US$442,088.50 in 2010 in just 21 events – placing her 24th among all players.

She won twice on the LPGA Tour in 2009, including the McDonald’s LPGA Championship — in her fifth start as a professional. Nordqvist’s second victory came at the LPGA’s season-ending Tour Championship. She was also awarded the Ryder Cup Wales Rookie of the Year for 2009 at the Ladies European Tour’s end-of-year awards ceremony and was a key member of the European Solheim Cup Team.

In 2010, she ranked in the Top 20 in Rounds Under Par, Birdies and Putts Per Green. Nordqvist also had two Top 10 finishes on the Ladies European Tour in 2010.