Some of Tiger Woods’ records may stand for years to come.

Yet one of them went by the board at the weekend and just when South Korean Jin Young Ko looked set to post a record that could stand for years to come, it suddenly came to a surprising end. 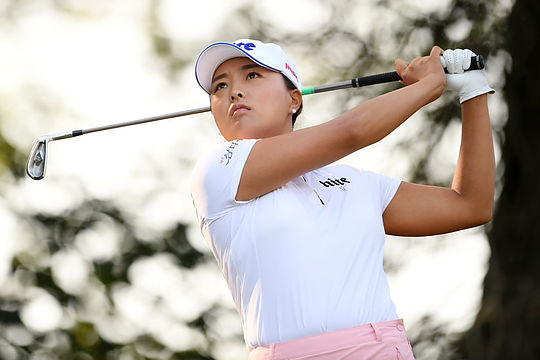 I’m talking about the record of the most consecutive holes without making a bogey.

Tiger had it, and on Sunday lost it at the Cambia Portland Classic, won by Aussie Hannah Green.

Ko became the first in tournament play to topple an amazing record that Woods had possessed of 110 consecutive holes without making a bogey.

She cracked that incredible mark and stretched it to 114 holes on the opening day as she played the first round of the event then shot herself in the foot, so to speak, in amazing fashion.

On the ninth hole Ko missed a putt of just over a metre for par…and the amazing part of that was that her putt never even hit the hole.

“The first putt was good, but the second putt I decelerated, so I made bogey,” explained Ko after her round.

Even that could not detract from an incredible year for Ko, who has won four times and pocketed two major championships.

Certainly breaking any record of Tiger Woods makes it that much more special.

Woods set his record during his historic 2000 season.

The World No. 1 said she knew about Tiger’s record, and had it front-of-mind as she played the fourth hole.

“I made a great up and down,” said Ko after making the par that tied her with Tiger.

Ko said that now that the streak was over, she felt more free mentally as the pressure of keeping it going was beginning to weigh on her.

Ko added that as she walked down the 10th hole, she told herself she was simply starting a new streak.