Lyle lines up for third battle with leukaemia

He describes it as “just another bump in the road” and popular Aussie Jarrod Lyle says he will fight his third bout of leukaemia like no other after being admitted to hospital for treatment.

And who wouldn’t believe him? 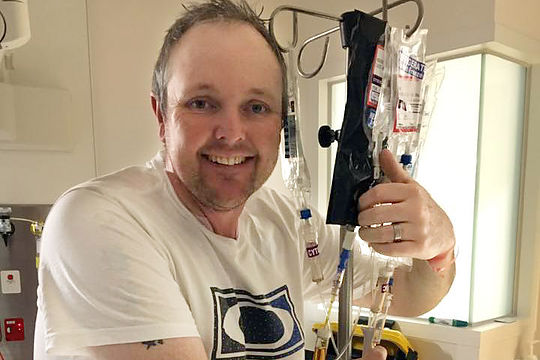 Lyle has twice beaten the disease already. First as a 17-year-old when he was diagnosed with acute myeloid leukaemia, and again after a relapse in 2012.

But it doesn’t make this most recent news any less tragic.

The 35-year-old will take an indefinite leave from golf while he undergoes treatment at Royal Hospital in Melbourne.

A family spokesperson told Golf Australia a routine blood test returned abnormal results for the Victorian, who was admitted to hospital immediately afterwards.

He has been placed under the care of his former specialists, and will remain there until a full diagnosis has been made.

“He has undergone several tests, and will have several more in the coming days. At this point, we have not yet received complete test results, so there is no definitive diagnosis and we do not have an agreed treatment plan,” said Lyle’s wife Briony.

It was also reported Lyle had indeed suffered a relapse and would begin chemotherapy immediately.

“We’ve just received confirmation that Jarrod does have a relapse of AML, which is what he’s had twice already,” said Briony Lyle.

“Right now, as we’re in this room, he’s beginning his chemotherapy treatment. We’re not sure how long it will be for. The aim of it is to get him into remission.”

“He’s got a good track record and that’s what everyone keeps reminding themselves.”

“He’s done it before, why not a third time?”