McDowell: Stardom has taken a toll on Rory

Graeme McDowell believes stardom and all the pressure of being world number one has taken its toll of good friend, Rory McIlroy.

McDowell worked his way steadily through the pro ranks before climbing to the peak of the game in capturing the 2010 US Open at Pebble Beach. 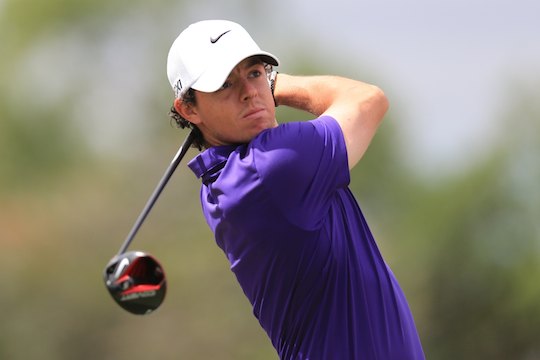 But in contrast, McIlroy’s rise has been lot steeper that’s seen the 23-year old more in the spotlight and especially after his 2011 Masters meltdown.

“I had a micro-version of what Rory’s going through,” said McDowell ahead of this week’s Arnold Palmer Invitational.

“You know, coming from a small town in Northern Ireland, and then financially, then the spotlight … everything is increased. I’ve been shocked at how well he’s handled everything.

“Sure, he’s been bred for stardom since an early age and his upbringing was Tiger-esque. He’s taken it in stride. But in the end something had to give.

“The Nike contract, all the stardom, being the No. 1 player in the world, all the pressure — it has taken its toll.

“There was a release valve that was going to blow at some point. I suppose he felt the pressure at the start of this year to live up to expectations and new sponsors and to prove he’s worth every penny.

“In 2011, I signed with Srixon, was the reigning US Open champion, a top 5 player in the world. All these things took a toll on me.”

And McDowell, having been in that situation himself, says that it was not just the pressure on McIlroy inside the ropes to perform but what he’s dealing with off the golf course.

“Everything increases exponentially. You have to be disciplined and prioritise and continue to do the things that got you there. I stepped outside of my space for about six months from maybe March until August or September 2011. I was not the same guy.

“Expectations were elevated in my head. My patience levels were decreased to a minimum. I was on edge. It took me a while to acknowledge it and take a step back.”

Much has been written on the downturn in form McDowell endured since winning the US Open and he’s now revealed he didn’t feel comfortable for some 15-16 months.

He did the European Tour’s Valderrama Masters in October 2010 but it wasn’t to this time last year when McDowell finished runner-up at Bay Hill he again felt fully comfortable on the golf course.

“The first 12 months after I won the U.S. Open, the attention I was getting I wasn’t comfortable in my own skin,” he revealed.

“It took me better part of 15-16 months to get a handle of who I was and what I was and how people viewed me and my position in the game.

“But now I’m excited going forward with the balance I have in my world now. I’m going to become husband and hopefully a father soon, now a restaurateur.

“I’m becoming more settled on and off the course.

“Two or three years ago, for example, a restaurant would’ve been an unnecessary distraction I didn’t have time for in my world.”

McDowell also indicated he spoke to McIlroy soon after his now infamous Honda Classic defence walkoff and said: “We spoke via text after the Friday wisdom tooth incident, and he told me what he was feeling, and I told him I knew a little about what he was going through.

“I gave him a few words of advice and I told him I’m always here.

“We practiced at the WGC-Cadillac Championship and he seemed like he’s in a much better place now.”