McIlroy increasingly reluctant to travel outside US

Rory McIlroy now fears for his health and safety so much that he’ll more than likely not leave the U.S. this season.

If so, it will mean for the first time since turning pro at the end of 2007 that he won’t be teeing it up in a regular European Tour event. 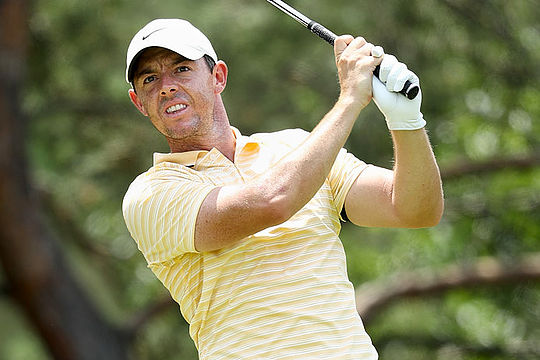 This would mean not contesting the Irish Open if and when it may go ahead in an already badly depleted COVID-19 hit European Tour schedule. He also would be expected to tee-up in the Alfred Dunhill Links, which has now been postponed till 2021, while he may likely contest the Scottish Open (Oct 8-11) but that now also seems a ‘no go’.

“I have no idea whether or not the Irish Open is going ahead,” he said after a final practice round on the TPC Southwind course.

“I just don’t know. I’m sort of taking it week-by-week. I have my schedule worked out until the U.S. Open (Sept 17-20) which is a couple of weeks after the Tour Championship.”

“So, I honestly have no idea what I am going to do after that.”

It’s for this same reason that McIlroy is supporting the England duo of Lee Westwood and Eddie Pepperell who have chosen not to travel to the U.S. for these two weeks despite the honours on offer in Memphis and San Francisco.

McIlroy said: “I understand their plight because I’m just after saying I don’t know if I would travel in the fall and go and play some of these other events in Europe, but if it was a major championship, it would probably be different and I probably would go over and play it.”

“But that’s not to say what Lee and Eddie are doing isn’t right, that they feel safer and they feel that their time is better spent at home and not exposing themselves to more people and not having the chance of getting sick or getting someone else sick.

“So, I completely understand where they’re coming from, but as you said, if it was an Open Championship and I had the chance to go over and play, I would probably take the risk and go and play.”

The now World No. 2 is lying 24th on the Race to Dubai money list by virtue of his fifth place in just one 2020 counting event and that being the WGC – Mexico Championship at Mexico City.

McIlroy will pick-up Race to Dubai points this week in Memphis and also next week’s PGA Championship in San Francisco plus two postponed majors of 2020 and those being the U.S Open and the Masters to be held in the second week of November.

But it seems highly likely that McIlroy will not be seen on European soil until at least the 2021 New Year, and that is only if the 31-year-old feels it’s safe enough crossing ‘The Pond’.

It would mean missing the October 15-18 BMW PGA Championship at Tour HQ in Surrey and the season finale in Dubai commencing on 10th December.