It could be one of the more timely decisions in golf with Rory McIlroy to ‘officially’ begin working full-time with legendary English swing coach Pete Cowen as he looks to rediscover his Major winning form heading to the Augusta National.

The Masters is just two weeks away while it’s been just over 500-days since McIlroy’s last Tour victory. 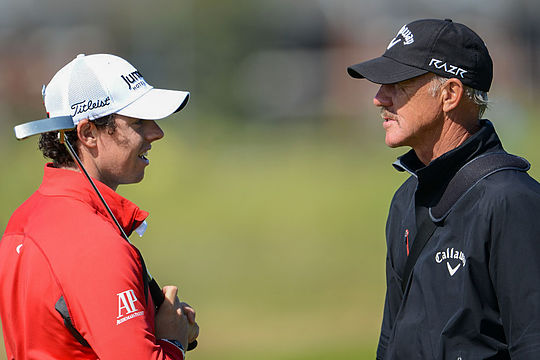 It was friend, colleague and fellow AGW member Jamie Corrigan, who set tongues wagging with news that McIlroy is now working with Cowen in an article appearing in London’s Daily Telegraph.

And ESPN confirmed the news via a text message from McIlroy’s agent, Sean O’Flaherty stating, “Pete is an addition to Rory’s performance team”.

McIlroy then confirmed the rumours following his 4&3 win against American Lanto Griffin.

“He’s worked with a lot of players that I’ve been close with over the years, Darren Clarke, Graeme McDowell, Lee Westwood. I just felt like it was a natural fit in terms of Pete knows my goal. He’s seen me grow up swinging the golf club.”

Cowen, who turned 70 last January, could be the best man for that job having worked with some of the best in the game including Lee Westwood, Henrik Stenson, Graeme McDowell, Danny Willett, Thomas Bjorn, Matt Fitzpatrick and more recently Brooks Koepka.

The worldwide pandemic has meant the UK-based Bannon has been restricted in being able to travel to the US to be alongside McIlroy while Cowen is present on the range most weeks at PGA Tour stops.

“Michael is like a second dad to me, Michael and I’s relationship…is still the same,” said McIlroy.

“It’s just the fact that I haven’t been able to see him as much recently, and then the times that I have, because there hasn’t been much continuity there…every time we saw each other it was almost like we were trying to do too much.”

“Where I think Pete is out on Tour enough, as well, to sort of give me maybe feels that I can play with and then stuff that I can work on on the range, because as everyone knows, it’s so hard to go out on the golf course and think so much about your golf swing.”

Bannon, now aged 62, was the professional at Bangor Golf Club, and previously at Holywood Golf Club, where he first began working with a curly-haired, freckle-faced McIlroy. He went to work full-time with McIlroy in October 2012.