The European Tour righted the injustice of two days ago in naming Rory McIlroy – 2014 Race to Dubai European Tour Golfer of the Year.

McIlroy’s award, after being glaringly denied BBC Sports Personality of the Year, is further recognition of his talents and in a season when he captured two Majors, a first WGC title and the European Tour’s flagship BMW PGA Championship. 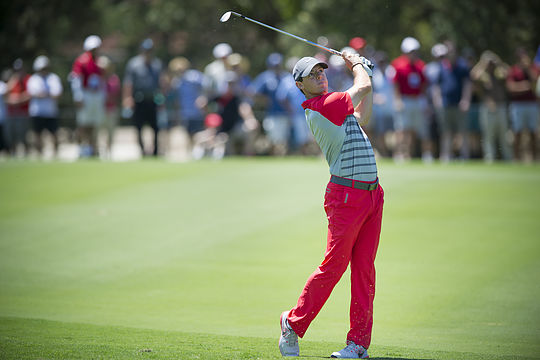 Awards almost certain to head McIlroy’s way for his efforts in 2014 include:-

In being named European Tour ‘Golfer of the Year’ McIlroy remarked: “To be named the European Tour’s Golfer of the Year for a second time is a huge honour and one I am extremely proud of. If I had won any one of those four titles it would have been a good year, but to win all four, to win The Race to Dubai, and to be part of another fantastic European victory in The Ryder Cup, means it is a great one.

“This award is a very nice way to round off the year. The European Tour has always been good to me, so it is always special to be recognised in this way. Hopefully I can have more years like this one and win the award again.”