McIlroy puts Chamblee back in his place

It seems world No 3 Rory McIlroy didn’t want to pull any punches recently after being compared to Tiger Woods when it came to lifting weights and working out in the gym.

Golf Channel analyst Brandel Chamblee, a former Tour pro, has upset people like Woods in the past with his comments. 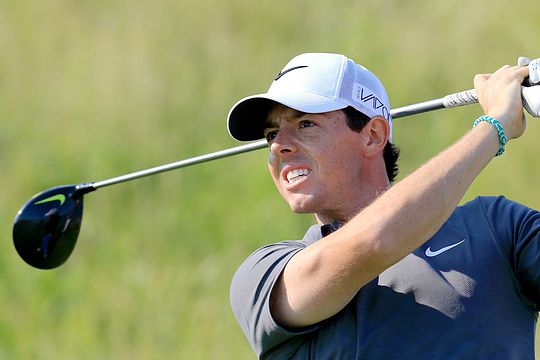 And only time will tell if he was wide of the mark when he suggested in a recent conference call “with a lot of trepidation” that he saw some of the things McIlroy was doing in the gym and he couldn’t help but think of Woods and what had happened to him, obviously referring to Woods’ horror run of injuries.

“It does give me a little concern when I see the extensive weightlifting that Rory is doing in the gym,” said Chamblee.

“Thus far, there’s been no signs that it’s adversely affected his game.

“I think more than anything of what Tiger Woods did early in his career with his game [It] was just an example of how good a human being can be.

“[But] what he did towards the middle and end of his career is an example to be wary of.

“It’s a different era for sure, and I don’t know the full extent of what Rory is doing, but when I see the things he’s doing in the gym, I think of what happened to Tiger.”

This triggered a simple yet poignant Twitter response from Rory which stated simply: “Should he be concerned?”

And the Northern Irishman quickly found an ally in the great Gary Player, who commented:

“Don’t worry about the naysayers mate. They all said I would be done at 30 too.”

And while Butch Harmon is not Rory’s coach, he also added: “You could almost hurt yourself in the gym if you get too bulky.”

If all this talk doesn’t spur Rory to hit it a little further this year – and maybe win a major this year, then nothing will.