Rory McIlroy has dived into the political debate arena fiercely criticising President Trump’s handling of the Covid-19 pandemic and in the process revealed he likely wouldn’t play golf with the President again.

The 31-year-old delivered a spray about President Trump’s management of the pandemic, saying he is trying to “politicise it and make it a campaign rally” which is “terrible”. 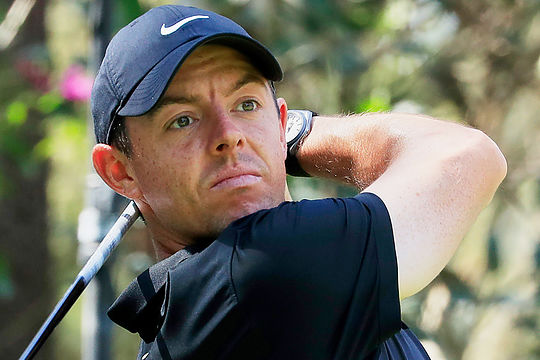 “We’re in the midst of something that’s pretty serious right now and the fact that he’s trying to politicise it and make it a campaign rally and say we’re administering the most tests in world like it is a contest – there’s something that just is terrible,” said McIIroy during a recent appearance on the McKellar Golf Podcast.

“It’s not the way a leader should act. There’s a sort of diplomacy that you need to have, and I don’t think he’s showing that, especially in these times.”

Upon returning to the topic of golf, the four time major winner admitted he was seriously thinking about returning to play the Australian Open simply because it was scheduled to be played on Melbourne’s famous sandbelt and more specifically, Kingston Heath.

“I love the sandbelt in Australia,” said McIIroy. “The Australian Open’s supposed to be played at Kingston Heath this year and I was seriously thinking about playing it, until obviously everything happened,” McIlroy said.

“Just for the golf course… Kingston Heath to me is so good. I love those splashed up bunkers and the bunkers go all the way to the edge of the greens. That’s what I like.”

McIlroy has confirmed his intention to play in the first three events of the PGA Tour’s proposed restart next month, starting with a tournament first appearance in the June 11th commencing Charles Schwab Challenge at the Colonial club in Fort Worth, Texas.