McIlroy to step up tour schedule in 2014

Northern Irish star Rory McIlroy has decided more golf is the best way to find his best form in 2014 . . . and hopefully contend in the majors as well.

So the two-time major champion, now ranked No. 6 in the world, will increase his playing schedule in the lead-up to the first major of the year, the US Masters in April. 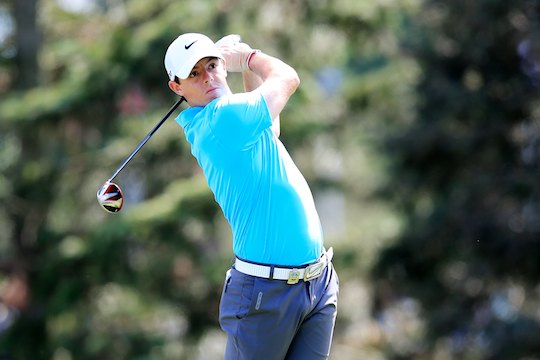 McIlroy added the recent Dubai Desert Classic to his diary and had a great week and he has also suggested he might add one more event than last year’s Masters lead-up.

While he didn’t confirm his playing schedule, McIlroy said he was expecting to play the WGC-Accenture Match Play, the Honda Classic, the WGC-Cadillac Championship as well as the Shell Houston Open – all on the US PGA Tour, before heading for Augusta, Georgia and a tilt at the Masters.

McIlroy finished off a disappointing 2013 by accounting for Adam Scott with a dramatic 72nd hole birdie at Royal Sydney to win the Emirates Australian Open.

He began 2014 with renewed focus too, tying for second at the Abu Dhabi HSBC Championship after a two-shot penalty for an improper drop in the second round ultimately cost him a shot at winning.

“It was good to get the win [at Royal Sydney] and build some momentum into the year and feel like I’ve carried it through,” McIlroy said.

“I had a great off-season, practiced, played a lot, didn’t really take too much time off.