In what may well be seen as a contentious decision by fans of World No.1 Brooks Koepka, the PGA Tour has announced Rory McIlroy as the 2019 PGA Tour Player of the Year.

This will mark the third time the World No.2 will receive the Jack Nicklaus Award, which is voted for by the PGA Tour membership each season, having won in 2012 and 2014. 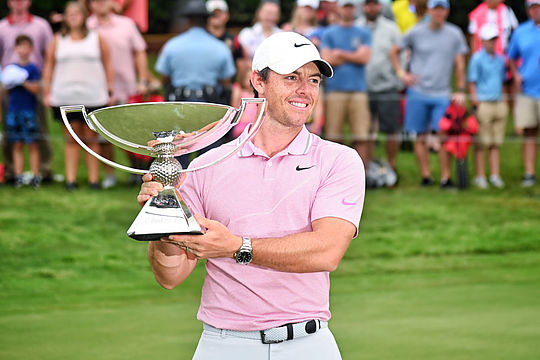 “I’m very humbled and very honoured,” McIlroy said. “It validates some of the decisions I made to start the year, and I couldn’t be more proud.”

PGA Tour players who competed in at least 15 official FedExCup events during the season were eligible to vote.

While many expected Koepka to claim the title, it is clear McIlroy’s peers favoured his overall consistency this season over what happened in just the four weeks of the year at the majors.

McIlroy matched Koepka’s PGA Tour victories (3) along with winning the Byron Nelson Award for Adjusted Scoring Average (69.057) for the third time in his career and led the PGA Tour in Top-10s (14) and Strokes Gained: Total (2.551).

“Brooks has had an incredible year,” McIlroy said. “[But] this speaks volumes to what PGA Tour players think is important. I’ve harped on this: Players think more than just four weeks are important.”

South Korea’s Sungjae Im was voted as 2019 PGA Tour Rookie of the Year and will receive the newly re-named Arnold Palmer Award.

Im made 26 cuts from 35 starts this season, becoming the first rookie in the FedExCup era to play 35 or more events.

He secured seven top-10s, including three top-fives, with his best finish coming at the Arnold Palmer Invitational, where he tied for third.