Michelle Wie announces she is to become a mother

Michelle Wie and new husband, Jonnie West, have announced on Instagram that they are going to be first-time parents this US summer.

Wie and West, son of NBA legend Jerry West, appeared in several pictures including the pair holding baby Nike shoes along with a Nike baby jumpsuit. 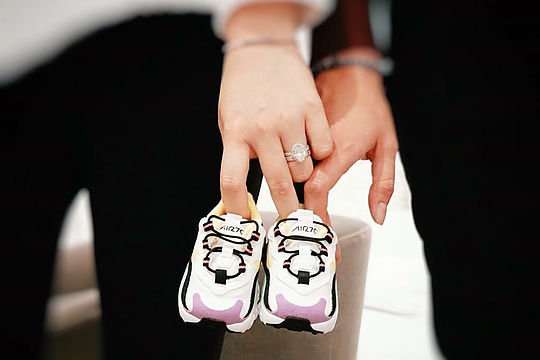 “Babygirl, we love you so much already and we just can’t wait to meet you this summer!” Wie posted on Instagram.

The 30-year-old, who is an only child herself, is currently sitting out the LPGA Tour season as she continues to recuperate from surgery on her right wrist, an area that has troubled her consistently over the past few years.

The good news for Wie, a five-time LPGA winner, is that the Tour has recently made major overdue changes to its maternity policy so that members can play in as many events as they want in the year after their baby is born and players can take up to two years off and come back without penalty.

“It’s definitely a dream of mine for my kid to be in the crowd and to watch me play,” Wie said. “Did I think that a couple years ago? Not at all, but it’s definitely changing.”