As Tiger Woods would be happy to verify…Phil Mickelson just won’t go away and a quick look at the world rankings this week confirms that.

The left-handed American star set a new historical mark in golf rankings when he celebrated an unprecedented 25 consecutive years inside the top 50 of the official world golf rankings. 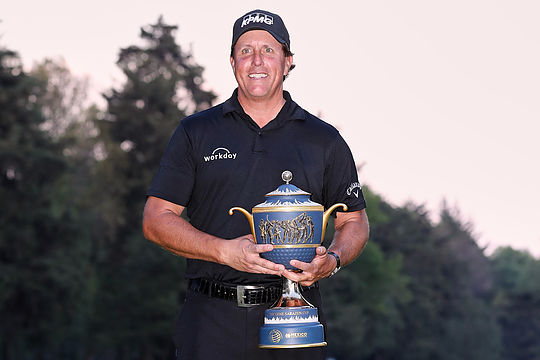 While his last major championship success was in 2013 when he won the British Open at Muirfield, you can still never count him out, every time he plays.

For the record, Mickelson has claimed 36 titles on the US PGA Tour, has three World Golf Championships victories to his credit and has also won twice on the European Tour.

And three of his five Major championships have come at the US Masters at Augusta National, in 2004, 2006 and 2010, while he also took out the US PGA Championship at Baltusrol Golf Club in 2005.

One of the most respected figures in the game, Mickelson now boasts an incredible 1305 weeks in a row inside the top 50 players in the world.

And if you check his bank account, the cheques have kept on coming in too as he has an amazing 166 top 10 finishes in the 647 rankings events he has contested worldwide.

It all started when Mickelson played in the Japan Tour’s premier event, the Casio World Open in 1993 when he finished second to former Open champion Tom Lehman.

That event saw him elevated to 47th in the world.

Mickelson’s streak nearly came to an end this year when he slipped to No. 49 last January, but he turned things around just in time and got back to as high as No. 18.